Why You Should Avoid Used Farming Equipment 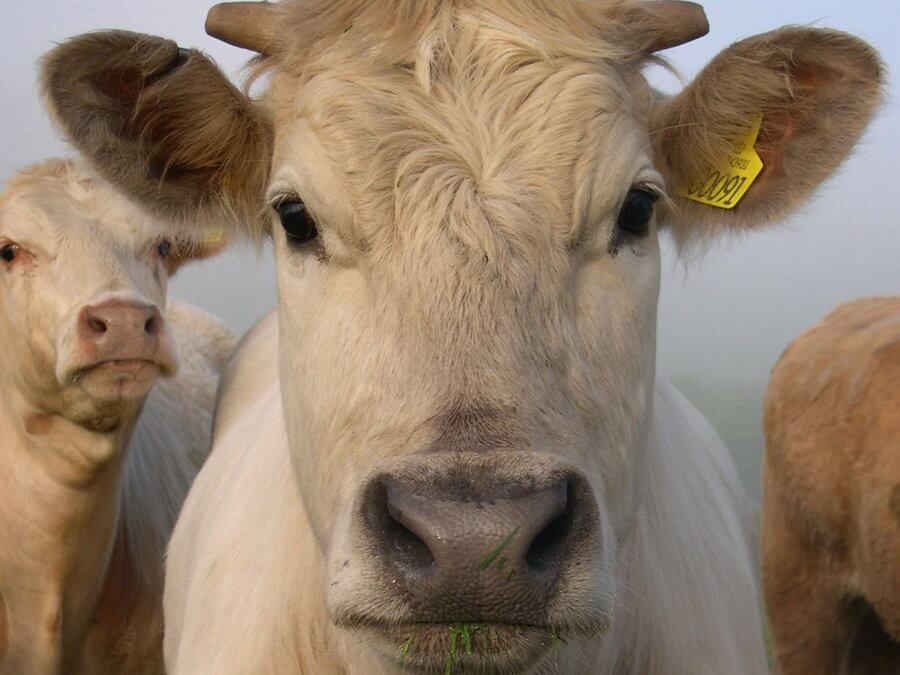 For most farms, cows provide the bulk of the products sold to the marketplace.

Beef cattle and cattle farming is an incredibly important part of modern-day agriculture.

As meat and dairy products tend to be very expensive, the ROI on cattle is very high, compared with other products. Butter can cost upwards of $5 for just a few sticks, while cheeses can cost almost $10 for a couple of ounces.

Organic beef can be more expensive to produce, but the animals tend to care for themselves, reproduce, and graze without much encouragement.

Beef cattle are typically larger than your average livestock, say goats or sheep. However, they make up for their infrastructure and space requirements with a constant supply of milk and meat. When you take good care of them, they’re well worth the investment. If you are set on cattle rearing, here’s a heads-up on what you need to know about the task at hand:

1) The best breeds are an investment.

For the best in the business, look to the Holstein Friesian lineage.

They are lauded for their impressive milk production and are the United States’ most productive (and common) diary breed. The Holstein cow produces about nine gallons a day. They are consequently the go-to if you’re embracing the idea of large-scale, commercial farming.

Playing second fiddle to the former is the equally impressive Jersey which is North America’s runner up dairy breed in terms of popularity and performance.

Jerseys are docile creatures although they can serve up the odd kick during milking. However, overall, these cows are generally gentle, easy-going, and beautiful. This breed is desirable for its high butterfat content and also because it is less demanding to look after compared to Holsteins.

If your only concern is personal dairying, the Ayrshires, Red Polls, Milking Devons, and the Brown Swiss are excellent choices as well.

You can also say the same about Dexters, Guernseys, and the Milking Shorthorns.

2) Proper feeding and sheltering will determine how much milk you get.

Over the spring and summer months, healthy grass should suffice without having to complement your herd’s diet save for mineral additives.

However, during the colder months, you’ll need to supplement meals with hay and cereal grains.

Advisably, limit the winter ration to a daily serving of between 2 and 5 pounds to avoid making your cows gain a lot of weight. They’re also prone to bloating and indigestion which can leave them cranky and uncooperative.

During cold months, you’ll also need to supplement the housing arrangements with an insulative cushion of some sorts to keep your cows warm. Straw always seems to do the trick.

During the summer, cows should also have easy access to shelter. Furthermore, a constant supply of clean water is necessary all day, every day throughout the year.

As you might gather, feeding your herd is pretty straight forward.

Cows are no different from their human counterparts: they produce milk to feed their young.

That means a cow has to get pregnant before it can produce milk. You don’t need to get a bull for this purpose; artificial insemination is a modern technique that proves a better alternative to avoid the spread of pests and diseases. This also keeps the temperament of the herd at bay and lessens the overall expense of caring for more animals.

A cow’s gestation period lasts about nine months, or 283 days to be exact. Just like a human, gestation progresses slowly at first and then physical signs and symptoms display themselves toward the end.

It’s recommended that your cow “calves” once a year to guarantee a constant supply of milk. If you don’t plan to sell her for the meat, it’s best to keep her calving for as long as she’ll produce healthy babies. This will keep her body fit for the task.

Intermittent milking after gestation can result in her drying up, so you’ll need to milk her at least once a day but preferably twice.

Further, milking can be challenging to get the hang of, so you’ll only want to get as many cows as you can milk or get help with milking.

You’ll need to separate the calves from the mothers immediately after birth, as these little guys can drink quite a sizeable amount of milk.

This separation is also necessary to ensure the safety and health of everyone including your staff, the newborn, and the cow. Animal instincts may kick in, making it hard to separate the two once they’ve developed a bond. However, during the first few hours after giving birth, the mother will be exhausted. This will be the easiest time to get the two apart, and implement a strategy for milking vs feeding.

Last but not least, always keep tabs on the health of your cows.

Unlike humans, they aren’t going to tell you when they’ve been bitten by a spider. As mammals, your cows will have mood swings, good and bad days. The more attuned you are to their needs, the happier and more cooperative your cows will be. While raising cattle, it’s essential that you think of them as members of your family.

Show them appreciation, and work with them, rather than treating them like slaves. They’ll recognize the quality of life you’ve provided, and respect you for the food and shelter you give them.

Ensure they get the necessary vacations as per a vet’s assessment, and enough exercise or free grazing time.

Frequently take note of their eating habits, temperature, and temperaments so that you can establish when something is off. It’s only a matter of time before your cows get sick, and the earlier you are aware of it, the better. Just like humans, they can take medicine, rest, and recover. but if you neglect your animals, as the farmer, you’ll pay the price.

The dairy and meat products of neglected animals will taste distinctly different. On the other hand, well cared for animals produce the best quality cheeses, yogurts, and steaks.

Scheduling regular checkups with a vet can also help you spot problems on the horizon. An early diagnosis of cancer or another ailment can help you plan whether to medicate, continue milking, or put the cow down.

Daily cattle checks are also recommended to keep predators away from your herd. Checking in each day helps cows feel that you haven’t forgotten about them, and you may spot possible problems with the infrastructure of your property or health of your livestock before they get out of hand.