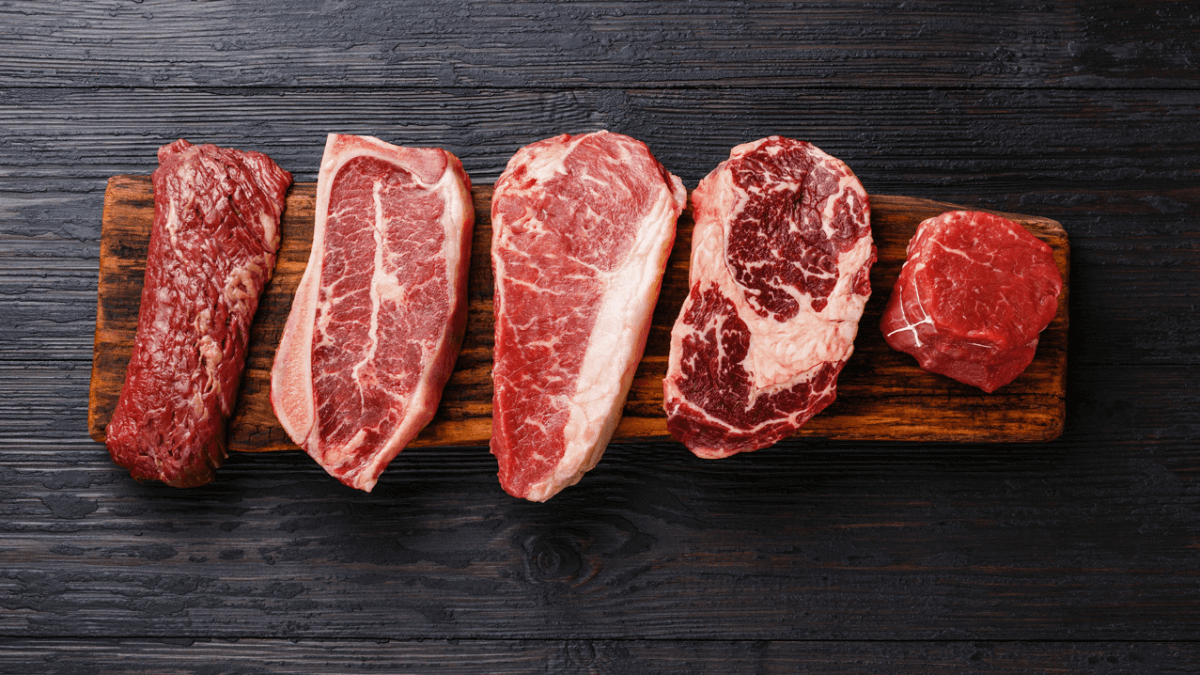 The Varieties of Beef Cattle

Raising cattle isn’t an easy job. Frequent cattle checks, expensive feeds, and caring for these robust and “independent” natured animals can prove quite the task. This can make operating a cattle farm both exhausting and expensive. However, if you develop procedures, stick to a strict schedule, and incorporate a few productivity hacks – this type of farming can be very profitable and rewarding.

The term beef-cattle is pretty self-explanatory.

It’s referring to the species of cattle explicitly raised on farms around the world to produce commercial beef products, and by-products. These can be grouped into one of two subspecies, “Bos indicus” or “Bos taurus.” These are widely available to consumers, with the resources to keep farmers of these types of cattle in business.

Depending on the location of their adaptation, raising either form of beef cattle can be extremely helpful in creating a profitable farming operation. The latter group is most common in cool climates. Bos taurus cattle farms are found across northern Asia. In addition, they’re also popular in Europe and America. Alternatively, “Bos indicus” farms are predominant in the tropical regions of Southeast Asia, China, and India.

Most American beef is derived from “Bos taurus” farming operations.

If you’ve ever traveled to the Far East, you may have noticed how different the meat tastes out there.

Sure, the feeds and federal regulations on meat quality makes a difference. However, aside from other factors, location of adaptation is noteworthy when it comes to beef cattle. The type of farming operation directly correlates with the end product and flavoring of the meat. These are the origins of the many varieties of meat available on the market today. Here’s a closer look at some of the most common beef cattle breeds available in different parts of the West:

The Black Angus is hands down the most popular beef cattle in the United States. Westerners prefer this kind of beef, as it’s widely available and affordable. Black Angus makes up for more market share than the cumulative total of all the other beef-producing breeds in the country.

Further, the meat around the horns had a particularly appealing flavor to the cattlemen and women of old.

FUN FACT: The Angus was not always polled.

In cattle rearing, horns are inherited as a recessive trait. Polledness (being born without horns) is dominant across most cattle farms in the West.

However, in a single breeding season, a cattle farmer can take a herd of horned cows and breed them into polled bull. This yields an entire polled calf crop. So both varieties have become available, requiring more effort to produce horned cattle as time passes. The number of polled vs horned cattle depends on the market for each in a given region.

Adult males average about 2000 pounds and females average about 1,150 pounds. Physically speaking, a Black Angus is identifiable by its charcoal-like (often displaying red undertones) and smooth exterior. The color of this type of cattle may remind you of a black Labrador.

Nestled in the West Midlands, Herefordshire is one of the most pristine counties in England. Bathed in rivers and overflowing vegetation, it’s prime real estate for well-grown, sustainable foods.

The county borders Shropshire to the north and Worcestershire to the east (famous for the fermented liquid condiment created in the city of Worcester in the first half of the 19th century). They are also bordered by Gloucestershire to the south-east. Further, the Welsh counties of Monmouthshire and Powys border Herefordshire to the west.

Given its lush landscape and woody surroundings, the county of Herefordshire perfectly represents this British beef cattle breed. However, the cattle’s exact origin has grown obscure with time.

This type of beef is comparable with the Black Angus variety. It’s also a viable option for cross-breeding with Black Angus cattle.

When it comes to turning greenery into prime meat, the English have got it down to a science. You can also say the same about their resourcefulness. A few essential qualities have made Herefordshire cattle highly sought after. In the world of beef cattle rearing, their affordability in comparison to the Black Angus makes them the breed of choice in many regions.

These are the bodybuilders of the cattle kingdom. Providing enormous amounts of muscular, yet lean beef cuts with flavorful fat, the Piedmontese is a truly delicious species of cattle. This muscularity is due to a rare genetic condition called “double muscling.” Consequently, this breed is considered gourmet.

This abnormality affects muscle development in such a way that leads to higher protein content in this breed. Coupled with a 1.8% less chemical fat composition than the Black Angus, Piedmontese is a healthier and more palatable alternative to standard beef cuts.

However, the masculinity and muscularity of this breed come with peculiar downsides. Piedmontese dames find it particularly hard to carry their babies full0-term due to the large size of the Piedmontese calves. Consequently, these cattle have been cross-bred with other species such as the Black Angus.

In some cases, this blend is an effective bid to increase profitability and cattle rearing success.

It preserves the leanness of the meat while yielding greater birthing success.

This breed originates from domestic cattle heritage in the region of Piedmont, in north-west Italy. Piedmontese are known for their flavor and memorable coloring. The calves are born fawn colored and turn greyish white as they age.

Wagyu literally means “Japanese Cattle.” With the word being a combination of ”wa” and ”gyu” translating to Japanese-style and cattle, respectively.

Its origin story dates back to 2nd-century Japanese history books. In those days, the animals were essential to the cultivation of the massive rice fields across the country. When the farmers began eating the beef, it became popular for its unique flavor and versatility.

Over time, cross-breeding has diluted the trademark look, and flavor, of the original Wagyu. Although it’s bulky, black and smooth appearance remains the depicted archetype, there are subtle differences that have evolved with cross-breeding. The Okayama, Shimane, Tajima, and Tottori fall under the category of primary black Wagyu strains of the breed. While the Kumamoto and Kochi constitute the “main” red strains.

There is evidence of genetic separation of the Wagyu genetic strain dating back more than 35000 years ago. Modern Wagyu cattle, however, are the result of cross-breeding native Japanese cattle beginning in1868.

Unfortunately, this means that getting authentic Wagyu is virtually impossible modern day.

The world of beef cattle breeding is an expansive one. As time goes on, advances in technology and cross-breeding continue to increase the options available to us on the meat market. To say the least, there are more than one thousand accepted beef varieties across the globe today. These four, however, prove to be some of the most stable, reliable, and profitable sources in cattle farming. For both modern farmers and carnivores, the Black Angus, Herefordshire, Piedmontese, and Wagyu are crowd favorites.